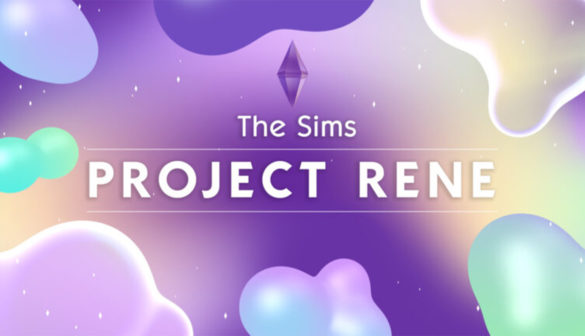 EA officially shares its version of the fifth generation Sims for the first time. We have the first information and pictures for you.

The rumors have come true: in today’s developer livestream, work on the next generation of The Sims was officially confirmed. And not only that: there were already first insights into the status of development and the vision of the game.

The next generation of Sims runs under the working title The Sims Project Rene . Such working titles are completely normal for games. The game is in a very, very early stage of development. The Sims franchise head, Lyndsay Pearson, said that we plan to provide more insights into the development of the next generation of Sims in the coming years. It is unclear whether EA will ultimately call the fifth Sims generation The Sims 5 . However, it is quite likely.

Maxis has given fans a first look at a very early stage of The Sims’ next generation and creative platform, known by the working title Project Rene. The title “Project Rene” was chosen to evoke words like renewal, renaissance, and rebirth, and to represent the development team’s renewed commitment to the future of The Sims.

The game title stays true to what The Sims has always been about, while also aiming to evolve the way Sims think and behave. This reimagining of The Sims will offer even more ways to play, tools to encourage creativity, and opportunities to tell meaningful stories. With Project Rene, players can play solo or collaborate with others, as well as play their game across multiple supported devices.

First information and pictures from the development

EA and Maxis have officially announced yesterday that they’re deep in development of the next generation Sims Game. Also known as The Sims 5!

Sims 5 – This is known for the next Sims generation